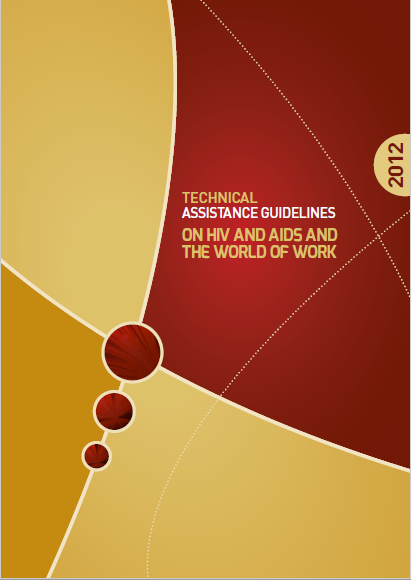 HIV and AIDS and TB have a significant impact on South African workplaces and the economy. The epidemic primarily affects working age adults, as infected employees become ill they will take additional sick leave and this will disrupt operational activities. This disruption is amplified when more qualified and experienced employees are absent, as finding a temporary replacement becomes more difficult.
The HIV epidemic has contributed to the increase in the incidences of Tuberculosis (TB) in SA, studies have demonstrated a strong correlation between HIV and TB. TB is the leading cause of death in South Africa, a trend that needs to be seen in the context of the HIV epidemic. People living with HIV are at a far higher risk of developing active tuberculosis as a weakened immune system will facilitate the development of the disease. TB can accelerate the progression from HIV to AIDS. In countries with high HIV prevalence, TB has tripled in the past two decades, which clearly illustrates the link between the two diseases.
South Africa has one of the highest co-infection rates with an HIV prevalence of almost three-quarters among people with incident tuberculosis. In 2010, the UNAIDS Global Report estimated that South Africa accounts for 49.5% (5.6 million) of people living with HIV in the Southern Africa Development Community region. The country also accounts for 62% of the region’s people living with both HIV and TB.
In reaffirming the country’s commitment to addressing the impact of HIV and TB in the workplace and the high levels of unfair discrimination faced by people affected by HIV and AIDS, the Government of South Africa through the Department of Labour, in consultation with all the stakeholders, has revised the Code of Good Practice on Key Aspects of HIV and AIDS and Employment to bring it in line with the ILO Recommendation, concerning HIV and AIDS and the World of Work 2010 (No.200).
In recognition of the need to assist employers, workers and their organisations in both the public and private sectors, including the informal economies, the TAG has been reviewed to provide practical guidance on the implementation of the Code of Good Practice on HIV and AIDS and the World of Work. 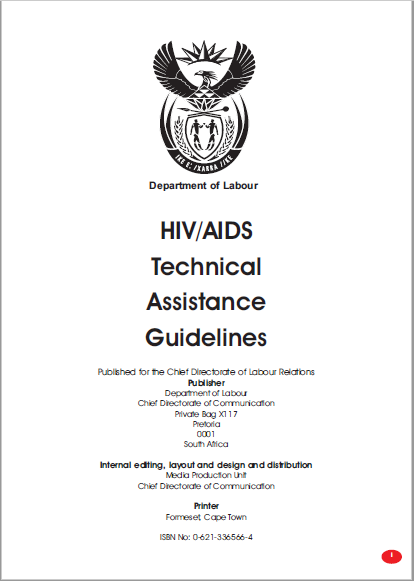 1. The HIV/AIDS epidemic is having a significant effect on all South African workplaces and the economy. As the epidemic primarily affects working age adults, its impact will be seen primarily through an increase in absenteeism and sick leave, faster staff turn over due to early deaths, more employees placed on disability pensions, lower staff morale, greater pressure on employee benefit funds and possibly a change in markets and demands for services.
2. In the light of the impact of HIV/AIDS on workplaces described above and the high levels of discrimination faced by people affected by HIV or AIDS, the Employment Equity Commission with the Department of Labour, developed the Code of Good Practice on Key Aspects of HIV/AIDS and Employment.
3. The Code of Good Practice on Key Aspects of HIV/AIDS and Employment is a code of good practice that is attached to the Employment Equity and Labour Relations Acts. It is essentially a standard setting out the content and scope of an appropriate response to HIV/AIDS in the workplace.
4. The Technical Assistance Guideline (TAG) on the Code of Good Practice on Key Aspects of HIV/AIDS and Employment (the Code) is an implementation guideline issued by the Commission for Employment Equity and the Department of Labour. It is designed as an accessible, user-friendly manual for employers, employees and trade unions on how to deal with HIV related discrimination and to respond to the impact of HIV/AIDS in the workplace.
5. Chapter One of the TAG is an introduction to the TAG. It sets out the objectives of the Code and the principles it is based on and its application and scope; it details the purpose and objectives of the TAG; and sets out the context for the Code by describing the HIV/AIDS epidemic and its impact on the workplace.
6. Chapter Two of the TAG describes the legal and policy framework underlying the Code. It assists employers, employees and trade unions to understand the relevant law by setting out the provisions in the Code, the Constitution and other laws. Important terms are defined. Key issues are identified including common problems and issues for various stakeholders. Finally, it sets out implementation guidelines, including checklists and roles and responsibilities.