The world is in the midst of an exciting conversation about human development: What kind of future do we want for our planet, and what would it take to achieve this vision? As endorsed by the United Nations (UN), the bold new Sustainable Development Goals (SDGs) provide a shared statement of what must happen to advance human development by 2030. Gender equality and the empowerment of all women and girls will be critical to achieving the aspirations set forth in the SDGs. This sentiment is reflected in UN Secretary-General Ban Ki-moon’s call to action: “Let the 21st century be the century of women. … The empowerment and rights of girls and women must be at the heart of everything we do.” That imperative begins with ensuring the health and well-being of women and girls, which must be prioritized in any effort to encourage sustainable growth. 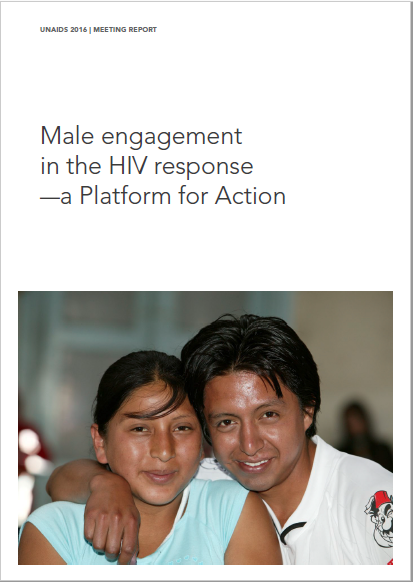 Male engagement in the HIV response – a Platform for Action

Gender inequalities and harmful gender norms are important drivers of the HIV epidemic, and they are major hindrances to an effective HIV response. While access to HIV services for women and girls remains a concern, a growing body of evidence also shows that men and adolescent boys1 have limited access to HIV services. 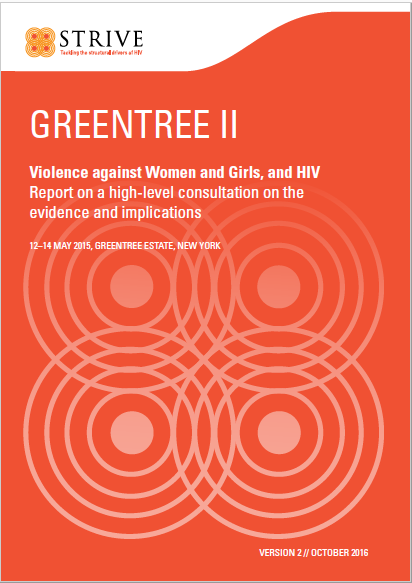 Violence against Women and Girls, and HIV Report on a high-level consultation on the evidence and implications

With increased interest in addressing violence against women and girls in the context  of the HIV response, the STRIVE research consortium convened a high-level meeting to review evidence at the intersection of these two critical global issues. Held from 12 to 14 May 2015, the meeting was designed to advance understanding of the links
between HIV and violence against women and girls (VAWG), and to identify strategies to address this nexus. The consultation brought together experts from both ﬁelds to clarify what is known about the epidemiological pathways linking violence and HIV, to identify shared risk factors and to outline opportunities to act on synergies through
common programming.

Organised by STRIVE, with support from WHO, UNICEF, UNAIDS and the Greentree Foundation, the consultation built on a prior meeting (Greentree I, March 2012) that explored the physiology of sexual violence and its role in HIV transmission and acquisition. The report from that meeting (Klot 2012) outlined a broad agenda for clarifying the role that genital trauma and forced sex play in facilitating HIV acquisition, especially among young women. Greentree II was convened to examine the broader structural and social factors that affect the association between HIV and VAWG. Greentree II took place against a backdrop of heightened concern about risk of infection among young women, especially in sub-Saharan Africa. Key players within the global HIV arena, such as the Global Fund and UNAIDS, have made the needs of girls and young women more visible in their policies, while PEPFAR’s DREAMS initiative (Determined, Resilient, Empowered, AIDS-free, Mentored, and Safe women) invests signiﬁcant sums to tackle young women’s risks, including addressing VAWG. With this context in mind, Greentree II convened a diverse set of policy makers, clinical, epidemiological and social science experts and programme implementers to:
􀀁􀀂 examine the existing evidence base on the links between VAWG and HIV and
identify critical knowledge gaps;
􀀁􀀂 develop a conceptual model that captures the potential pathways through which
violence inﬂuences HIV-related outcomes;
􀀁􀀂 propose a research agenda to resolve outstanding questions; and
􀀁􀀂 suggest priority actions for policy, programmes and research. 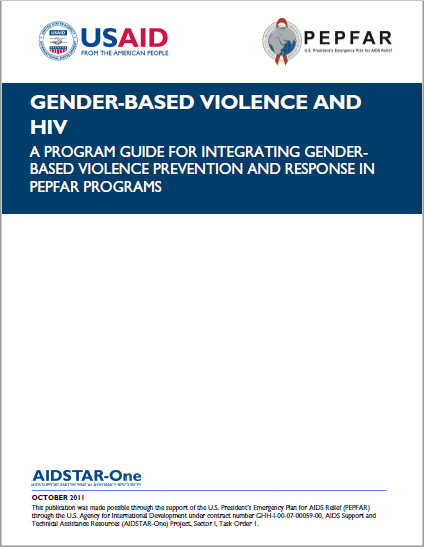 While there is mounting evidence that gender-based violence (GBV) is both a cause and consequence of HIV infection, programs and services designed to address these pandemics are largely fragmented. This guide offers a starting point for U.S. President’s Emergency Plan for AIDS Relief (PEPFAR) program managers to integrate a basic response to GBV within existing HIV programs and to establish linkages with other efforts that are addressing GBV. 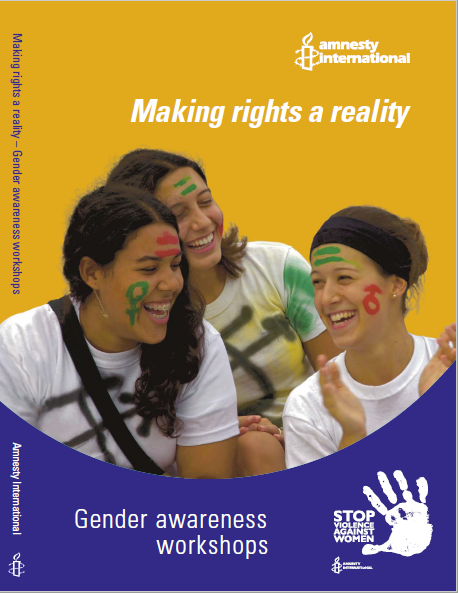 This pack has been designed for use by Human Rights educators and trainers working in the field of Women’s Rights.
The material can be used by participants with a varying degree of expertise in the area of Human Rights and/or Women’s Rights. It is left to the facilitator’s discretion how to grade material in such cases.
The activities have been written with an adult audience in mind but most can be adapted for a younger audience (although facilitators should give considerable attention to suitability of case study materials and other resources when working with young people).
The material in Module One can be used with participants with little or no prior exposure to discussions on gender and is a useful starting point for self reflection by Amnesty International members, human rights activists and wider civil society members.
The material in Module Two builds on issues and topics raised in module one. It is designed to be used with participants made up of activists working on Women’s Rights issues and is directed at Amnesty International members and the wider community.