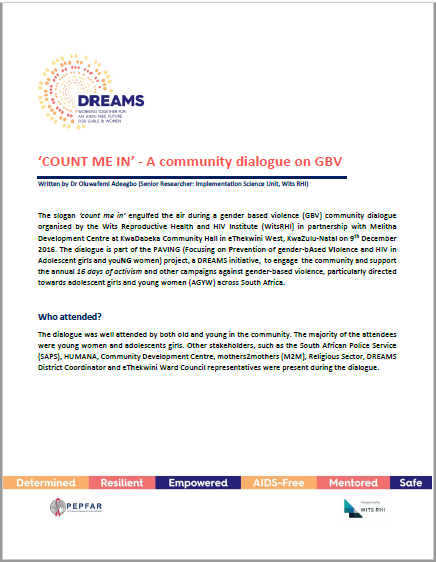 “COUNT ME IN”: A community dialogue on GBV

The slogan ‘count me in’ engulfed the air during a gender based violence (GBV) community dialogue organised by the Wits Reproductive Health and HIV Institute (WitsRHI) in partnership with Melitha Development Centre at KwaDabeka Community Hall in eThekwini West, KwaZulu-Natal on 9th December 2016. The dialogue is part of the PAVING (Focusing on Prevention of gender-bAsed VIolence and HIV in Adolescent girls and youNG women) project, a DREAMS initiative,  to engage  the community and support the annual 16 days of activism and other campaigns against gender-based violence, particularly directed towards adolescent girls and young women (AGYW) across South Africa. 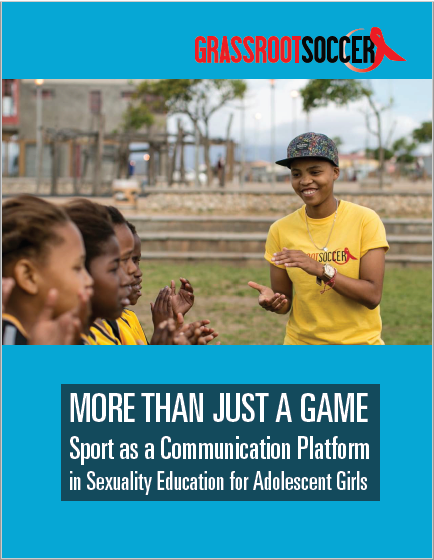 MORE THAN JUST A GAME: Sport as a Communication Platform in Sexuality Education for Adolescent Girls

This report is intended for communities, development practitioners, research institutions, governments and donor agencies. We hope that the insights herein will help to guide the design of future interventions and research on the use of sport in sexuality education. 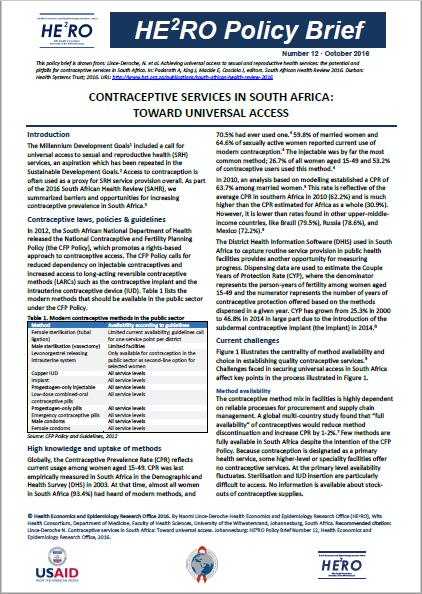 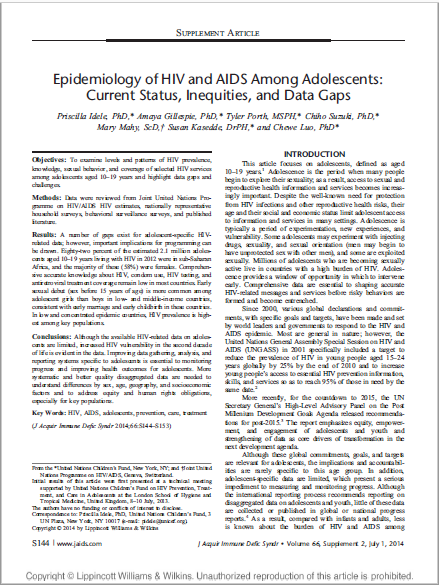 Epidemiology of HIV and AIDS Among Adolescents: Current Status, Inequities, and Data Gaps

Objectives: To examine levels and patterns of HIV prevalence, knowledge, sexual behavior, and coverage of selected HIV services among adolescents aged 10–19 years and highlight data gaps and challenges.
Methods: Data were reviewed from Joint United Nations Programme on HIV/AIDS HIV estimates, nationally representative household surveys, behavioral surveillance surveys, and published literature.
Results: A number of gaps exist for adolescent-speciﬁc HIV-related data; however, important implications for programming can be drawn. Eighty-two percent of the estimated 2.1 million adolescents aged 10–19 years living with HIV in 2012 were in sub-Saharan Africa, and the majority of these (58%) were females. Comprehensive accurate knowledge about HIV, condom use, HIV testing, and antiretroviral treatment coverage remain low in most countries. Early sexual debut (sex before 15 years of age) is more common among adolescent girls than boys in low- and middle-income countries, consistent with early marriage and early childbirth in these countries. In low and concentrated epidemic countries, HIV prevalence is high-est among key populations.
Conclusions: Although the available HIV-related data on adolescents are limited, increased HIV vulnerability in the second decade of life is evident in the data. Improving data gathering, analysis, and reporting systems speciﬁc to adolescents is essential to monitoring progress and improving health outcomes for adolescents. More systematic and better quality disaggregated data are needed to understand differences by sex, age, geography, and socioeconomic factors and to address equity and human rights obligations, especially for key populations.